Brother and sister twins have been married in a Buddhist ceremony because their parents believe they were lovers in a former life, it has been reported. 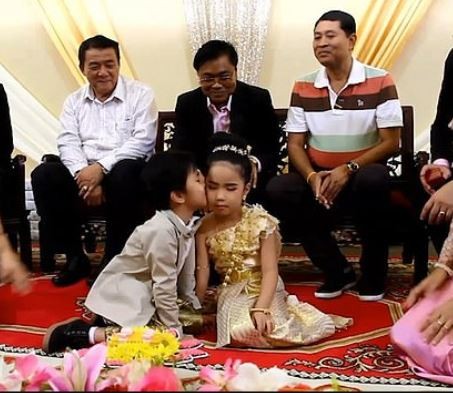 The young boy, nicknamed Guitar, and his sister, Kiwi, were born in September 2012 and their parents immediately felt they need to marry themselves. 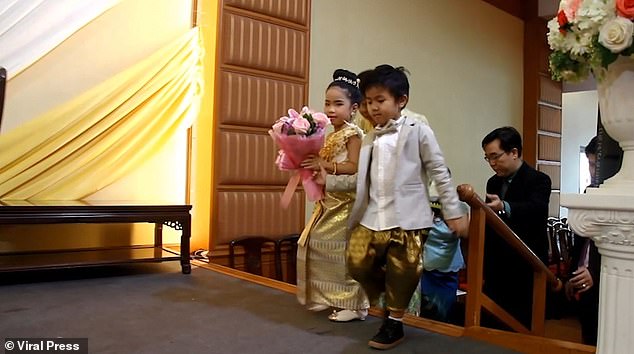 Buddhists believe that male and female twins have ‘karma’ from relationships in a previous life and have been re-born together, because the debt has not been settled. They say that unless they’re married as quickly as possible once they’re old enough, they will experience bad luck in the future. 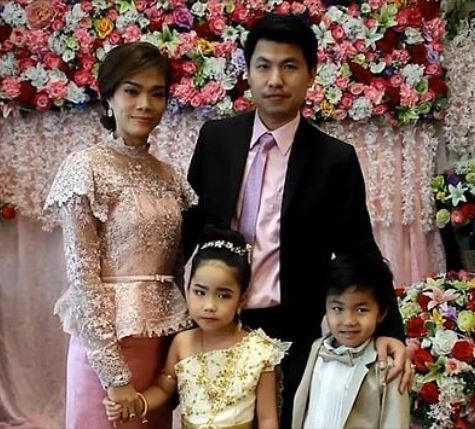 The twin’s father Amornsan Sunthorn Malirat, 31, and mother, Phacharaporn, 30, arranged a lavish ceremony for their children in Samut Prakan on the outskirts of Bangkok, Thailand.

Amornsan said: ‘The reason for the marriage ceremony is because we believe that both the children used to be a partners in the past life. This is a belief we have inherited from ancient people. We must arrange a wedding for the two twins as a solution to the issues they had before they were re-born. If they are married, they will live healthy and successful lives and not be sick.’ 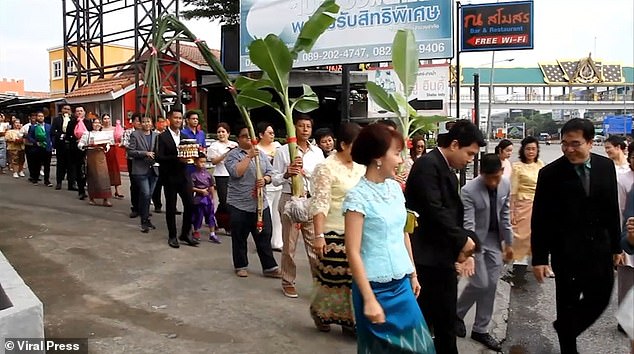 A traditional ceremony featured a street procession followed by a game where the groom had to pass through nine ‘gates’ before he could meet the bride. The young boy then had to pay a dowry of 200,000 baht in cash and gold worth the equivalent of £1,000 before marrying her. 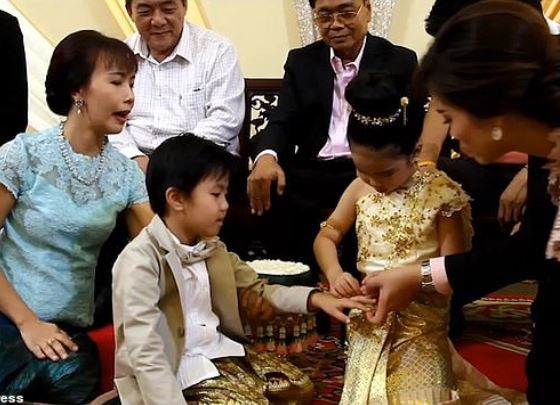 The couple then posed together with their arms around each other for wedding pictures.   Despite them being ‘married’ according to local customs, the ceremony is not legally binding and each of them will still be able to seek out their own partners when they are older.

The children’s mother, Phacharaporn, said: ‘They were both so sweet during their wedding. They will be the best of friends for the rest of their lives. They’ll be able to find their own husband or wife when they’re older. But this ceremony will always be important for them.’

Family members, friends, and neighbors came to show their support and took part in the celebrations.