Home Australia Sister’s plea five years after Mark was violently murdered in his home
Missed a story? Search any news in the box below. To see trending news by country, go to main menu above.
Facebook
Twitter
Pinterest
WhatsApp

Every year on January 17 Julie Ann Stewart would post a message on Facebook to her brother, wishing him a contented birthday.

Mark Russell had been living tough on Sydney’s streets round Woolloomooloo and Kings Cross for the higher a part of three many years.

He only had two associates on Facebook and really sporadic entry to the web, however, with no different way to contact him, Stewart fervently hoped he would see her makes an attempt to succeed in out.

Growing up collectively as wards of the state, the siblings had as soon as meant all the pieces to one another.

“My father was abusive, and my mother couldn’t look after us because she had epilepsy – it was just a whole horror story,” Stewart said.

Stewart and Russell have been taken to the St Saviour’s Children’s Home in Goulburn, in the New South Wales Southern Tablelands, after they have been six and 4 years old respectively.

The rambling, historic mansion appeared frighteningly big to her and her terrified brother, Stewart remembers.

“It was a pretty awful sort of place, like something out of Flowers in the Attic, it was so big,” she said.

“I just remember sitting there waiting for our mum to come and visit us, but she never came. 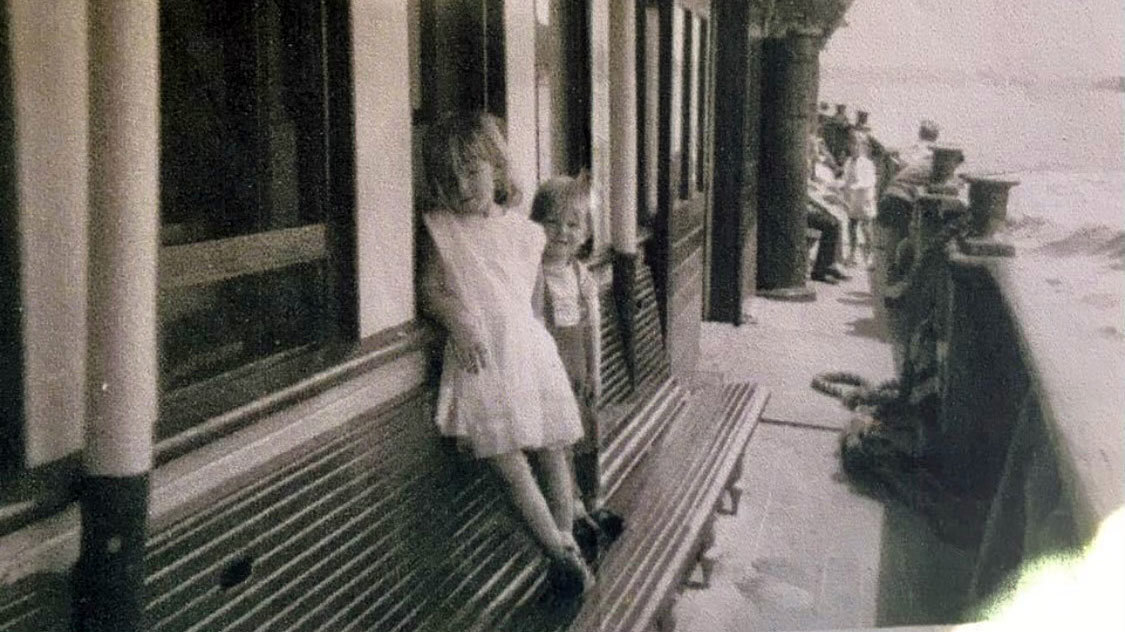 Stewart and Russell would go on to spend a number of years in the house after which the remainder of their childhoods in foster care, however they have been at all times positioned collectively.

“For that to occur if you’re actually younger, you look out for one another, which we at all times did,” Stewart said.

Stewart said her brother was friendly and kind. His love of football earned him the nickname “Sharky Mark” in a nod to his favourite team, the Cronulla Sharks.

But as they grew up, Stewart and Russell would go on to lead increasingly divergent lives.

“I went on to complete year 12 after which I got a job after I left faculty,” she said.

Stewart ended up working for the Commonwealth Bank. She married and had five children in Port Macquarie, where she still lives.

Meanwhile, when Mark was 17 years old, he had a falling out with his foster family and took off for Sydney, where he soon fell in with the wrong crowd, Stewart said.

Although he returned to his foster family a few times, it was the beginning of Russell sleeping rough.

With their shared traumatic upbringing, Stewart is only too aware of how little it would have taken to nudge her down the same path.

“I simply might have ended up on the streets too, however I ended up discovering a job and getting married and having youngsters,” she said.

Stewart said she was always trying to seek her brother out, but he lived “in his own world” and they only caught up a few, rare times over the years.

Once, she was able to find him in Kings Cross after physically searching the streets.

Another time, Russell arranged a catch up when he had planned a trip up the coast, meeting Stewart and two of her children.

Russell himself had two children – a son and a daughter – from fleeting relationships, but both of his offspring grew up having little contact with him.

At the beginning of 2018, Stewart met up with Russell’s son, Shayne, and the pair decided they would try their best to track him down.

Stewart said she visited Sydney in January of that year, but didn’t get a chance to check all of her brother’s favourite haunts.

“We hadn’t discovered him but, however we have been so shut,” she said.

It was just weeks later that Stewart received the worst possible news.

A foster cousin sent Stewart a Facebook post from NSW Police, detailing the horrific murder of an unidentified man at a bedsit in Clisdell Street, Surry Hills on February 24, 2018.

“As quickly as I noticed the picture I knew it was Mark,” Stewart said. 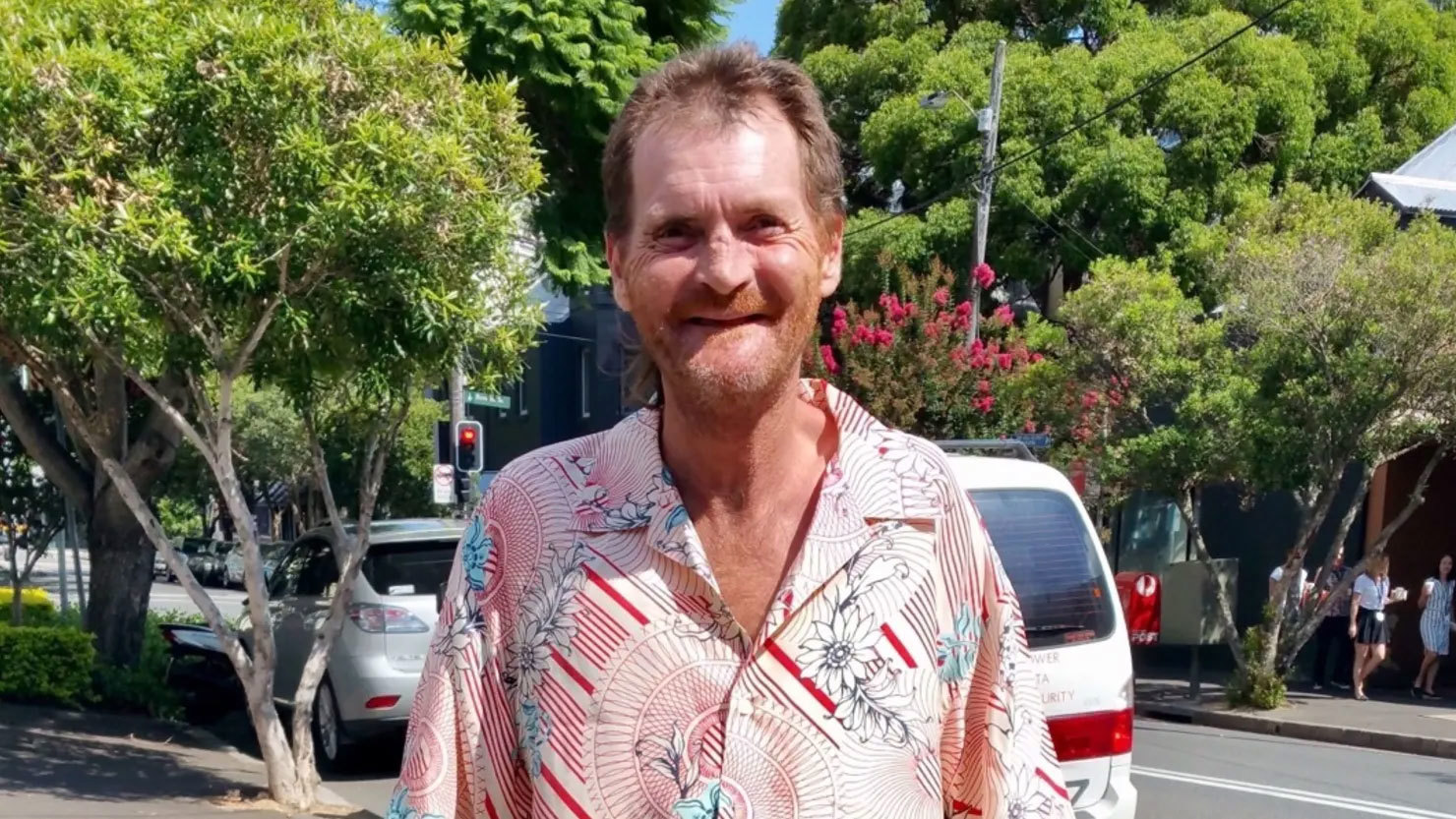 Stewart said she was left shocked and heartbroken by her brother’s brutal and premature end.

“After all the pieces the 2 of us have been via in our lives, it was simply horrific. You simply could not imagine somebody might have that a lot dangerous luck in their life,” she said.

Police said Russell had only recently moved into the bedsit, after decades of mostly living rough.

Witnesses told police a group of people were inside Stewart’s unit the night before his body was found, and arguing or yelling was heard at about 10pm.

There were also reports that more visitors were inside the unit during the day, but it was not clear if they were the same people who were there later in the evening.

Friendly and social by nature, Russell often left his door open, inviting in a trail of visitors.

Noticing his door was unusually closed the next morning, a concerned friend climbed through his window and discovered Russell’s body.

A coronial inquiry in October 2020 heard evidence from police that their investigation had been hampered by a lack of reliable witnesses. There were also forensic challenges, as Russell’s bedsit had been “used consistently by quite a few individuals”.

Deputy State Coroner Derek Lee ruled Russell had died of wounds inflicted by an unknown person and referred the case to the unsolved homicide unit.

A day before the coronial finding, police announced a $1 million reward for information leading to the arrest and conviction of Russell’s murderer.

“I simply burst into tears after they said we’ll provide a million-dollar reward,” Stewart said.

“I could not imagine it, I used to be so humbled and grateful.

“It showed how they (the police) value everyone. Mark was a homeless person and we were nobodies. I didn’t think we were worthy of that million-dollar reward.”

Stewart’s hopes of discovering solutions have been bolstered by the reward, however then got here disappointment.

“We thought surely something will come of it, it’s a million dollars. But there was nothing,” she said.

Stewart said detectives told her they acquired lower than a handful of calls after the reward was posted.

“As investigations continue, anyone who may have information which could help provide much-needed answers to Mark’s family is urged to contact police,” Doherty said in an announcement.

As it nears the five-year anniversary of her brother’s homicide, Stewart said Russell’s family and associates remained determined for a breakthrough.

“Someone has got to know something, or have seen something,” Stewart said.

“It’s the not knowing that’s the worst, and thinking about the person who did it and got away with it.”